Whilst every effort has been made to ensure the information displayed here is accurate, always check with the venue before attending (especially during the Covid-19 pandemic). 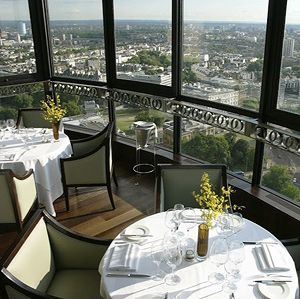 With an interior evoking the glamour of the 1930s, Michelin-starred Galvin at Windows restaurant and bar has become one of the most talked about destinations since opening in May 2006. Situated on the 28th floor of the London Hilton on Park Lane, in the heart of Mayfair, it is renowned for its stunning views over the capital, including some of the most iconic sites: from the sky scrapers of the City and Canary Wharf, to the London Eye, Hyde Park, Buckingham Palace and Wembley Stadium.

Chef Patron Chris Galvin and his team have created seasonally inspired menus based around modern French haute cuisine. All of which make this a sought after dining experience and the place to go to impress, celebrate a special occasion or just have a great time with friends and family.

Looking for events in London?